Warning: count(): Parameter must be an array or an object that implements Countable in /home/danielka/public_html/blog/wp-includes/post-template.php on line 284

Since yesterday the summer ticket of the Austrian Federal Railways is valid, I’m quite busy with traveling. Our first trip led us to Leopoldsberg and Kahlenberg (in Vienna), one of my most favorite places in Austria. Have a look at the pictures! We enjoyed dinner at (my favorite) Asian restaurant Toka Lee in Grinzing. After dinner we split up – some went home; my three American guests and I went to Prater (see also prater.at and Wikipedia) to see the famous Giant Ferris Wheel (see also Wikipedia). 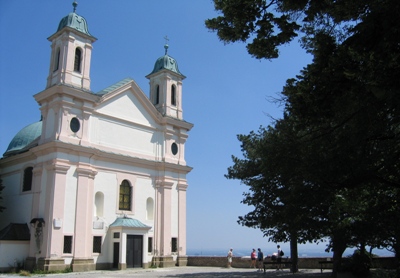 Our plans for today were quite busy: After their visit of the Schönbrunn Palace we met at Naschmarkt to have a Kebap for lunch. At 1pm we had a guided tour in the Vienna State Opera. Before we had the next guided tour at the Parlament, we walked to see Heldenplatz (Hero’s Square), Hofburg (Imperial Palace), Ballhausplatz, Bundeskanzleramt (Chancellor’s Office), Minoritenkirche, Burgtheater (Imperial Court Theater), University of Vienna and Rathaus (Town Hall). Straight after the Parlament we walked Kohlmarkt and Graben to St. Stephans Cathedral. After a short break at Starbucks in Kärtnerstraße, we took the tram to Belvedere Palace, which was our last thing to do before we had dinner at Reinthalers Beisl. It was a busy, but nice day! 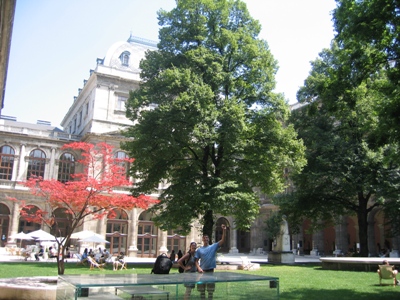