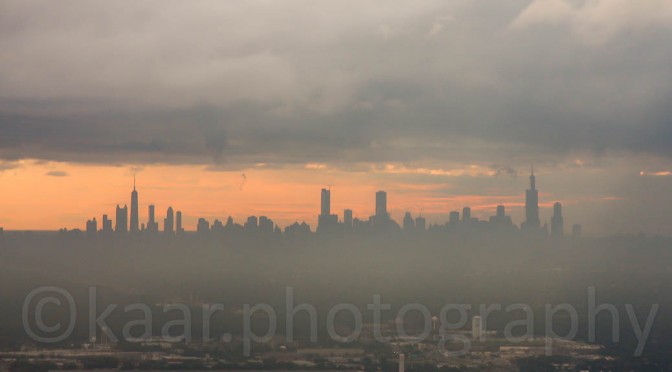 Last weekend I’ve been to Chicago to attend the Austria Science Talk 2008. Maria and I already arrived on Friday morning. We met at the airport and went to the City center to the Allerton Hotel where we got a pretty amazing rate over hotwire.com. After checkin we walked along N Michigan Ave. I was overruled an so we spent some time shopping at the Water Tower Place. As recommended in the tourist guide, we went for pizza at Giordanos. After lunch we took the bus to Millennium Park to see “The Bean” / Cloud Gate. It was already time to go home and prepare for the evening.

We enjoyed the show Dirty Dancing at the Cadillac Palace Theatre. It was a neat experience! A very American show! And pretty cheesy too. We spent the end of this freezing evening at a Starbucks around the corner with some hot chocolate.

On Satruday, after a short breakfast, we went straight to the Millennium Knickerbocker Hotel. After a small welcome reception, the presentations started. It was nice to hear about Austria. At about one we had lunch. Maria and I went for a short walk before the afternoon program, the world café, started. For the end of the afternoon program, drinks were served. The evening program took place at the University of Chicago. It was a small panel discussion about the US presidential election. Afterwards we enjoyed dinner and Austrian wine.

Before we went out, Maria and I visited the John Hankok Tower. We spent about an hour at the observation deck. It was amazing. It was impressive!

Not it was time for drinks. We met with some other Austrians from the Science Talk and had several good conversations in a nice bar.

On Sunday, our last day in Chicago, we went for a boat tour after breakfast. The boat brought us to Lake Michigan where we were able to see the whole skyline of Chicago. After Lake Michigan we went along the Chicago River. We were lucky, because right after the boat tour which was about two hours, it started to rain. But we didn’t mind – we went for a hot chocolate at Starbucks.

It was still raining when we hit the road to the Field Museum of National History to see the largest complete skeleton of a Tyrannosaurus Rex. This was actually the last thing we did before we picked up our luggage back at the hotel and left for the airport. We were quite lucky to catch our planes because we had troubles with the subway. We were waiting about half an hour and additionally we had rail replacement bus service for the last couple of stations. We checked in 5 minutes before last checkin. At the airport we had a quick final coffee and then left for Montréal and Atlanta.

It was an awesome weekend. Chicago is a great city! Here are the pics. I’m still working on the video. Check the news on the main page. I’ll post it there when it is available.