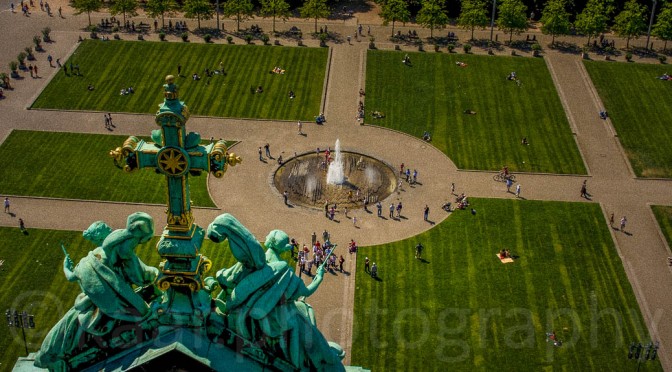 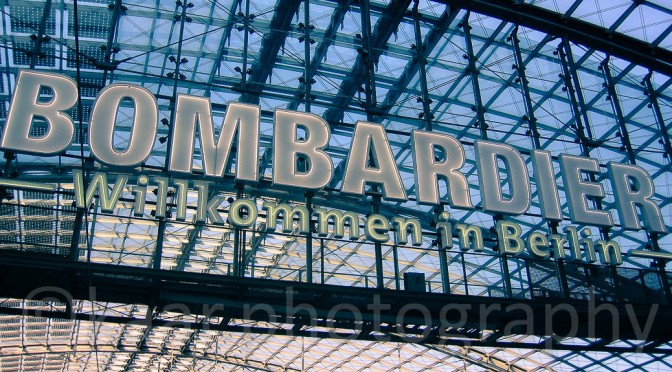 We arrived in time at 8.01 at the main train station in Berlin. After buying the ticket for public transport, we went to the hostel. Luckily, we could get into our rooms early.

After a quick shower we were looking for a supermarket to buy fruits and snacks for breakfast, which we enjoyed in a park next to our hostel. Next, we used the subway to go to Potsdamer Platz. We walked along the street Ebertstraße to the Holocaust Memorial and the Brandenburg Gate. Needless to say – we had to take >some< pictures. Afterwards we went to the Reichstag, the building of the state government of Germany, where we caught the bus line 100. This double-decker goes along some major sights, and we all needed a little rest after our long journey. At the final stop Zoologischer Garten we went to McDonalds to get another snack.

The next sight on our plan was the television tower (Berliner Fernsehturm). We enjoyed to view the city from the platform at the height of about 203 meters. Back down, we bought some groceries and headed back to our hostel, where we got ready for the evening. At a nice Italian restaurant we had a great dinner. After the performance “Elisabeth” at the Theater des Westens, Peter and I went to see the Olympic Stadium. We enjoyed beer at the parking lot and played around with the cameras.